For more information on staying safe at our hotels, please click here.

The Maybourne Hotel Group, operators of Claridge’s, The Connaught and The Berkeley in London, and The Maybourne Beverly Hills in Los Angeles, is set to launch its fifth hotel within the group, with the opening of The Maybourne Riviera on the Côte d’Azur, France.

Built on a rocky peninsula high above the picturesque French town of Roquebrune-Cap-Martin, this strikingly modernist hotel is destined to become the new hospitality jewel of the French Riviera. With dramatic panoramic views of the coastline that take in Cap-Martin and Italy to the west and Monte Carlo to the east, The Maybourne Riviera offers an unrivalled setting high above the glistening Mediterranean Sea. The location is famed for its rich art and cultural heritage as well as spectacular beauty, ensuring this new hotel will be instilled with the inspirational and creative spirit for which Maybourne Hotel Group is world renowned.

The hotel, with exterior design by Jean-Michel Wilmotte, will feature sixty-nine beautifully appointed rooms and suites, all with unrivalled sea views from their own private terraces. The Maybourne Riviera is collaborating with some of the most globally recognised artists, designers and architects to create one-of-a-kind spaces, with Andre Fu, Bryan O’Sullivan Studio, Marcelo Joulia, Pierre Yovanovitch, Pascal Goujon and Rigby & Rigby all adding their distinctive style, as well as the Maybourne in-house design team led by Michelle Wu. In addition, the hotel has gone to great lengths to embrace the traditional arts and crafts of the region, sourcing and working with local artists and artisans to create bespoke art, glassware, ceramics and furnishings. There is also a respectful nod to the modernist architects Le Corbusier and Eileen Grey who built their iconic homes in nearby Cap Moderne.

The Maybourne Riviera is set to become an outstanding gastronomic destination on the Cote d’Azur with a host of restaurants under the creative direction of two of the finest chefs and restauranteurs in the world. The legendary Mauro Colagreco of three-Michelin star Mirazur in nearby Menton and holder of the No. 1 position in the World’s 50 Best Restaurants, will bring his vision of the region. Located within the enviable top floor with panoramic views, the restaurant will draw on one of his favourite themes, the sea. Sitting alongside, global super-chef Jean-Georges Vongerichten will launch his first outpost in the South of France, with cuisine inspired by the hotel’s location on the French Italian border.

Japanese chef Hiro Sato will also bring his world class sushi to The Maybourne Riviera. Set in restored ancient gardens with walled in walkways, citrus orchards and a seasonal herb garden, The Maybourne Riviera will have both indoor and outdoor swimming pools, and a world class spa, making it the perfect restorative retreat. Guests of the hotel also have exclusive access to the stylishly chic Maybourne Riviera Beach Club nearby. The art of entertaining will be a significant focus, with the hotel housing a grand ballroom as well as a custom designed marquee offering extensive space for high profile events and glamorous entertaining.

Commenting on the launch of The Maybourne Riviera co-owner of Maybourne Hotel Group Paddy McKillen said “The opening of The Maybourne Riviera marks a new era for Maybourne Hotel Group, with our first newly built property in one of my favourite places in the world; Roquebrune-Cap-Martin, a truly untouched French gem. We plan to bring the legendary service and spirit of hospitality that have made our London hotels so successful and much loved, building The Maybourne Riviera into one of the great hotels of the world. The location of the hotel, rich in art and history, begs to be explored and discovered but equally we believe we have created a place that if our guests just want to check in, sit back with a glass of rosé, admire the view and never leave that will make us happy too.”

The arrival of The Maybourne Riviera is set to bring the historic town of Roquebrune to further prominence, with its 10th century medieval castle, ancient Vallonnet caves, and even a 2000 year old olive tree in the centre of the Old Town that still bears fruit. Coupled with its rich artistic legacy of painters, poets and writers from WB Yeats and Coco Chanel to Dali, Picasso and Jean Cocteau all drawn to its natural beauty and magnetic inspiration. 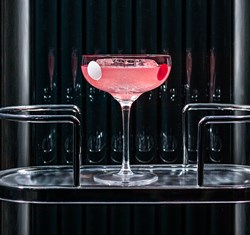 Our master mixologists at The Connaught Bar have created the Formae menu; a collection of unique drinks that are inspired by the shapes that surround you. 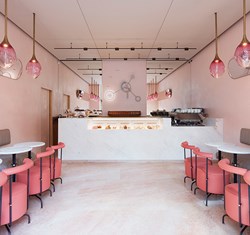 Picture-perfect patisserie and miniature masterpieces to enjoy throughout the day – or unwrap and enjoy at home. 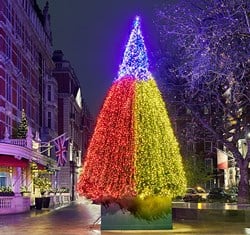 The Connaught Christmas tree has been the anchor of Mount Street during the festive months, with past designs dreamt up by some of the top artists in the world. 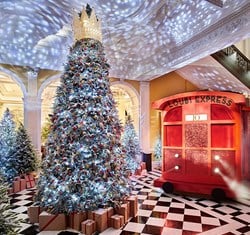 Claridge’s Christmas Tree has long been a festive Mayfair landmark, drawing visitors and Londoners alike to marvel at its magnificent design, which changes each year. 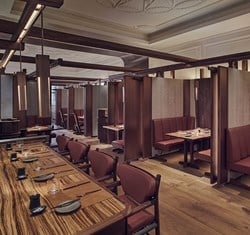 The legendary Connaught Grill has reopened under the direction of internationally renowned chef Jean-Georges Vongerichten. 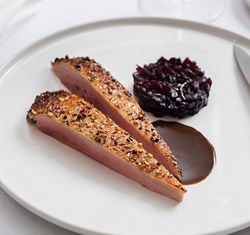 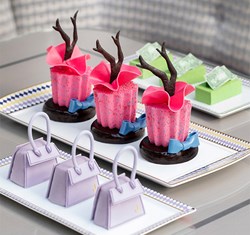 This season’s cakewalk collection pays tribute to the standout looks that have been runway success stories. And, we’re inviting fashion makers and models to co-create a bespoke bake.

Hélène Darroze at The Connaught

Newly designed Hélène Darroze at The Connaught opens its doors, blending the original spirit of this three Michelin-star restaurant with beautifully reimagined interiors.

Hélène Darroze at The Connaught 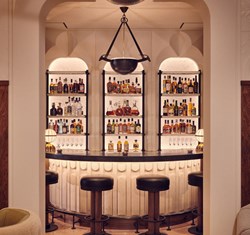 Embark on a voyage of discovery with a carefully selected collection of dark spirits, rare wines and timeless classics. 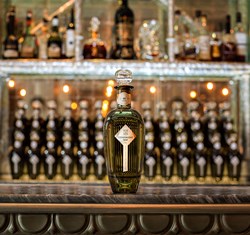 Crafted by The Connaught

Crafted by The Connaught