Discover The Emory, the latest addition to Maybourne Hotel Group

Drawing on its extensive collection of Japanese art and design – one of the finest in the western world – the Royal Collection’s latest exhibition showcases over 300 years of creative exchange between Britain and Japan. From rare porcelain to samurai armour, these exquisite pieces are shown together for the first time, providing a unique glimpse into the culture and artistry of Japan.

Originally due to open in 2020, the long-awaited exhibition gives access to rare objects of exceptional quality and provenance, from the reigns of James I to Queen Elizabeth II. Remarkable in their own right, these works of art also played pivotal roles in the relationship between the Japanese and British imperial and royal families.

One of the most fascinating items on display must be the first ever diplomatic gift from Japan to Britain. Sent to James I in 1613 accompanied by a letter granting the British permission to trade with Japan, the samurai armour made from iron laced with silk was the earliest of its kind to arrive in Britain and the first surviving non-European work of art to enter the Royal Collection.

This chance to explore the gifts given to cement the countries’ connection at jubilees, weddings and other royal events across the centuries is, above all, an unmissable opportunity to see works created by some of Japan’s most prestigious and accomplished artists.

A real opportunity to see first-hand the precious materials and intricate techniques which have so profoundly shaped British taste and which helped forge a lasting relationship between the two nations. 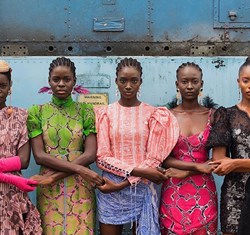